I am excited and happy to share this awesome fashion photo shoot that I took part in. This production was inspired by the Mexican painter Frida Kahlo, to commemorate her birthday on July 6th. Following is the link so you can enjoy its colorful beauty. http://fashion.walla.co.il/item/2869709 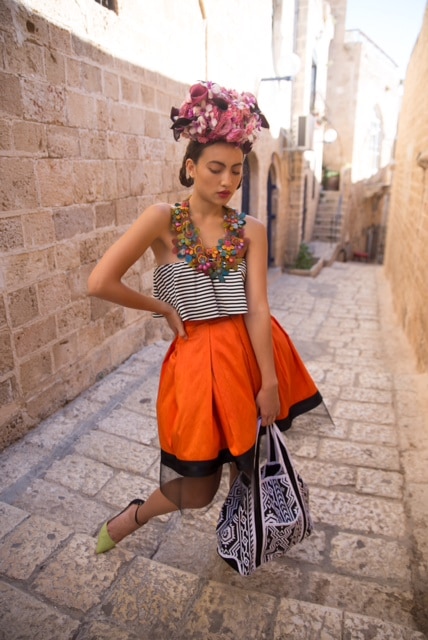 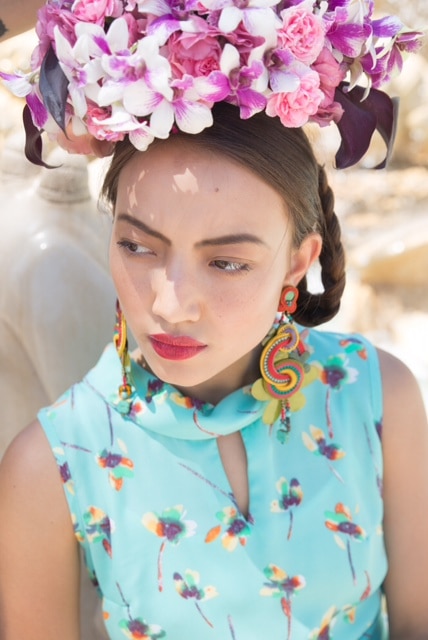 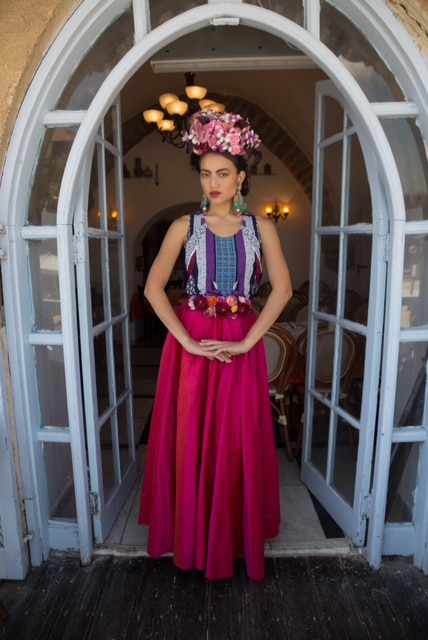 A few weeks ago I took part in Niche’ Magazine’s beautiful production for New Years. There were four different tablescapes that each incorporated the holiday’s symbols in a very special way. The four design styles were:
Green and White Design for Purity using apples and minimalistic flowers.
Fish Motif as it is a central symbol of the New Year. The flowers used were Delphiniums in blue to represent the sea and coupled with white Orchids and gray Kochia that gave the feeling and texture of coral. The arrangement was placed in a vase that is similar to fishing net.
Pomegranate Table Design in red and white. The flowers were designed to complement the pomegranates and included Epidendrum Orchids, Red Roses, White Veronica, Alstroemeria and Pomegranates.
Vintage Style using birds and New Year’s cards. Flowers were placed in copper vases and included Light Blue Hortencia, Pink Alstroemeria, White Orchid buds and Pink Roses.  To view the article click here
Production Team:
Orit Etzion – Stylist
Boaz Lavi – Photographer
Orchids – Soloshtil
Floral Design-Orit Hertz 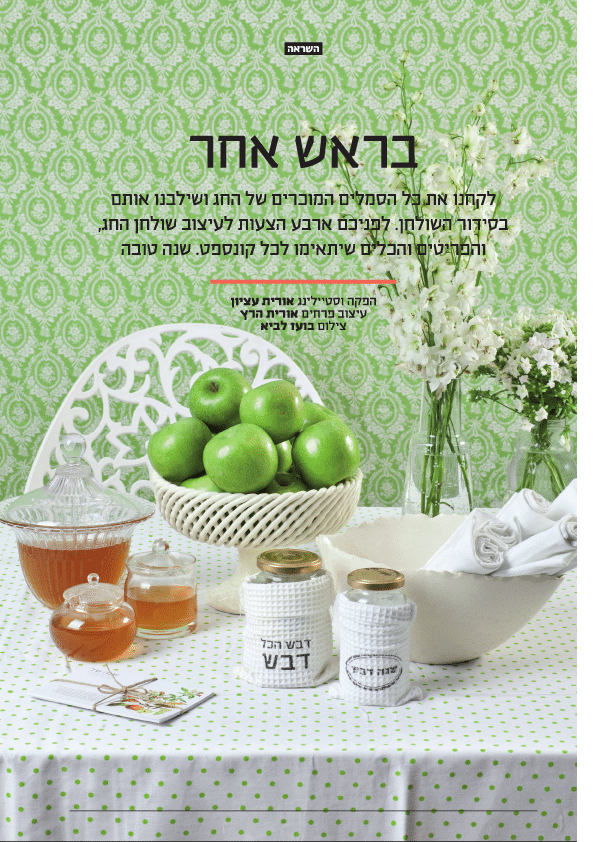 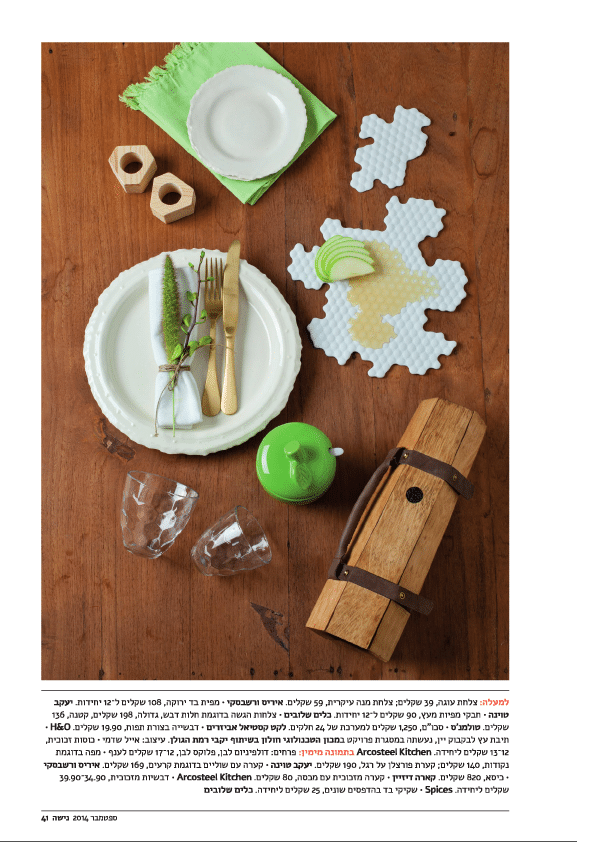 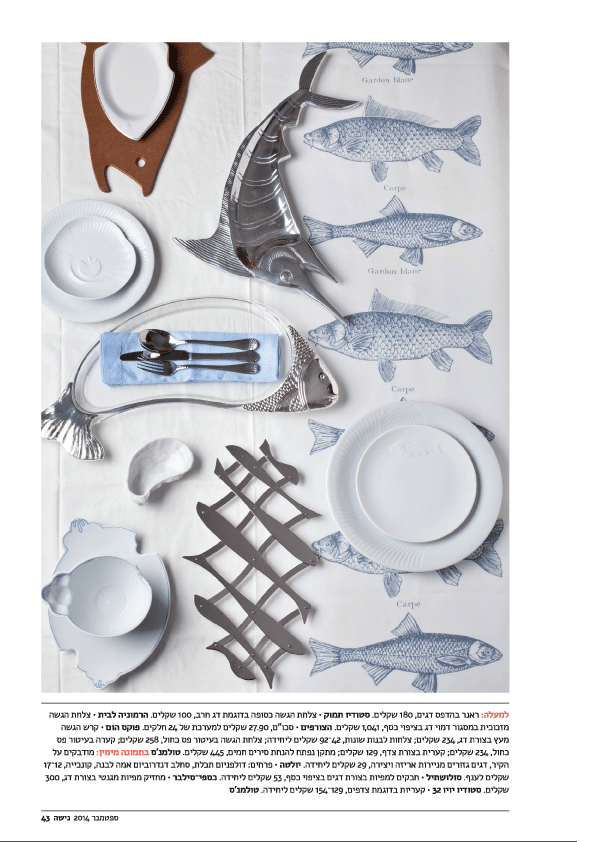 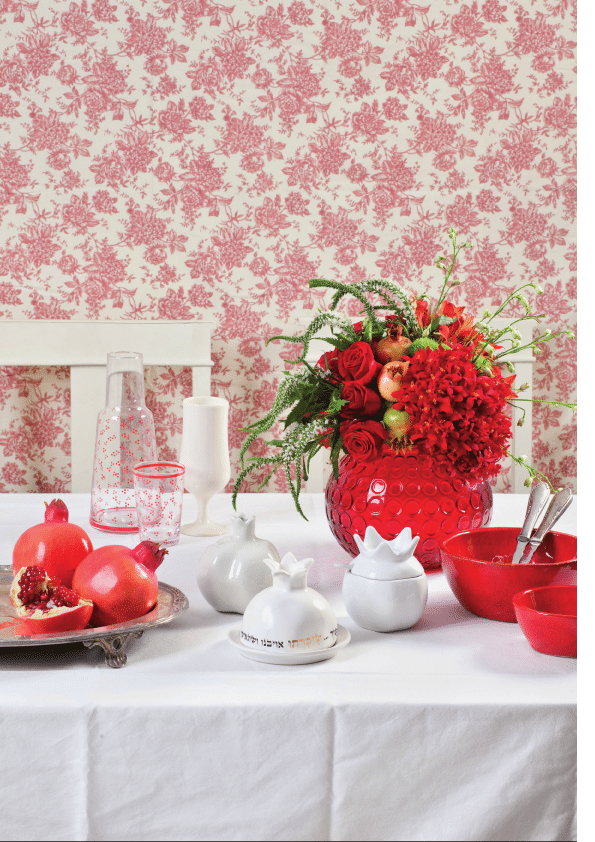 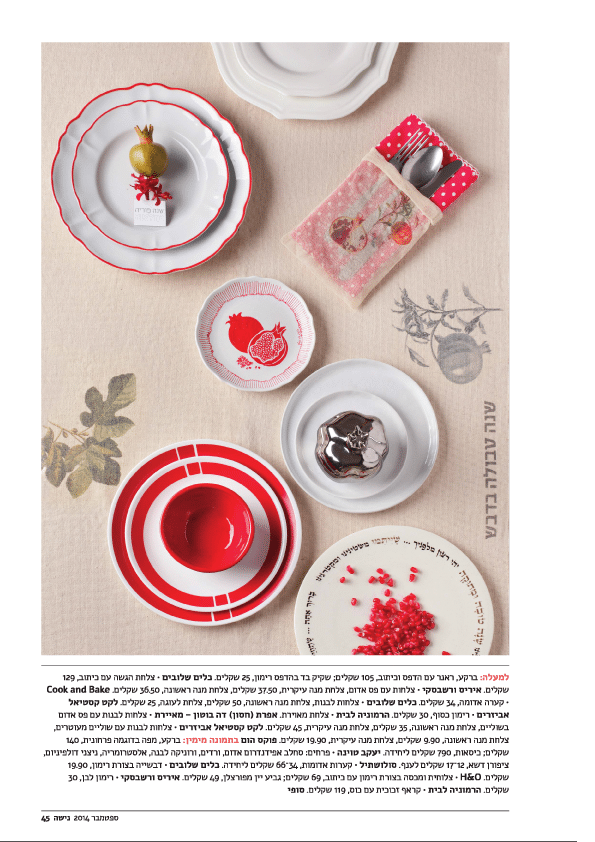 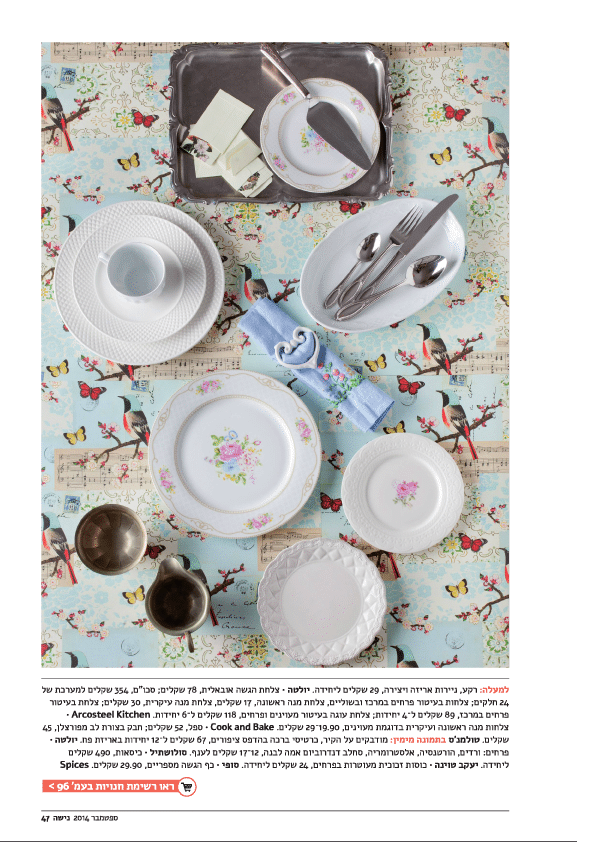 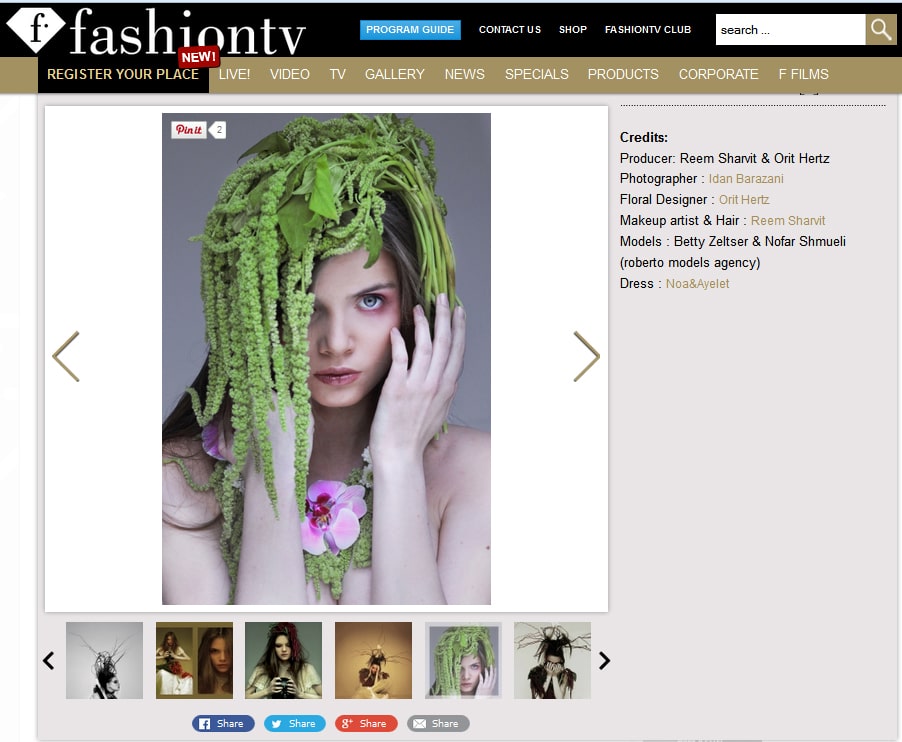 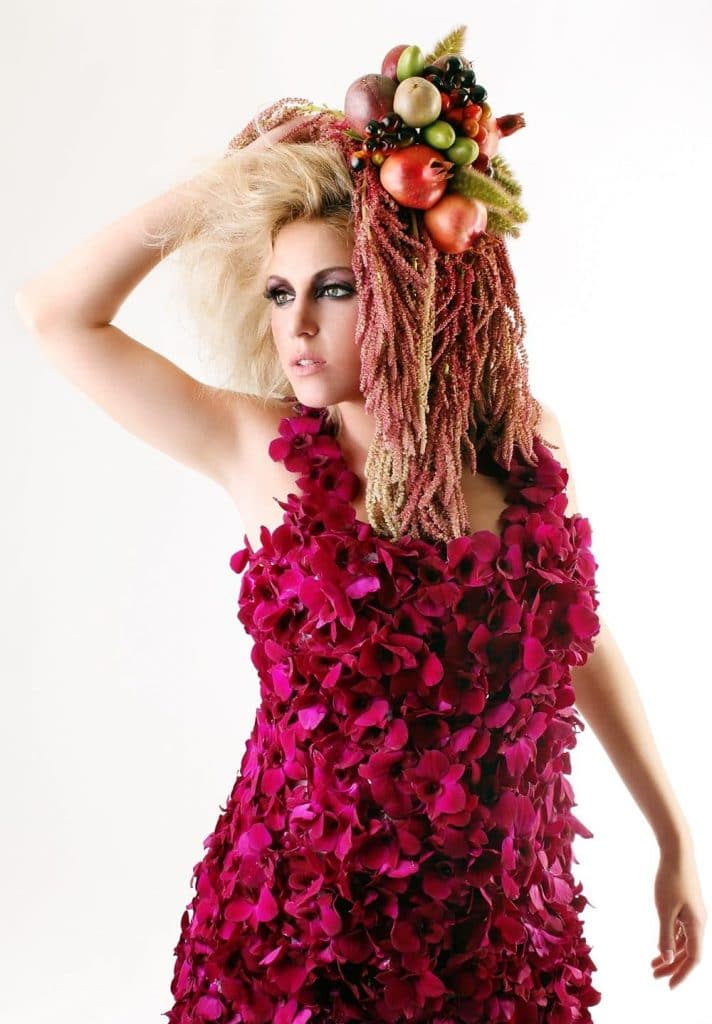 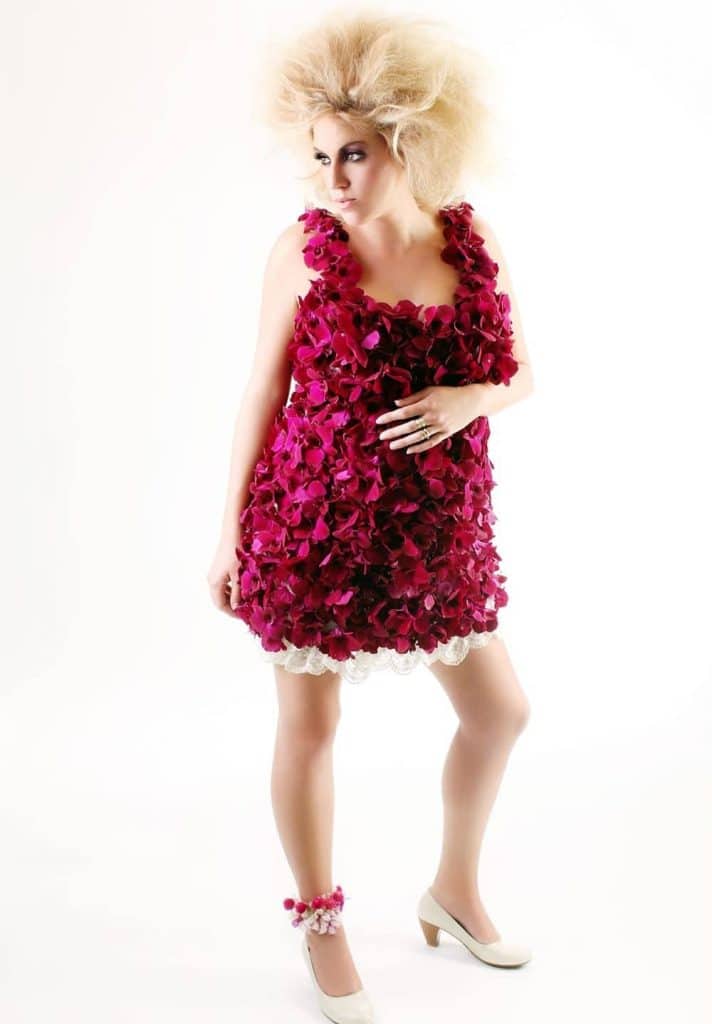 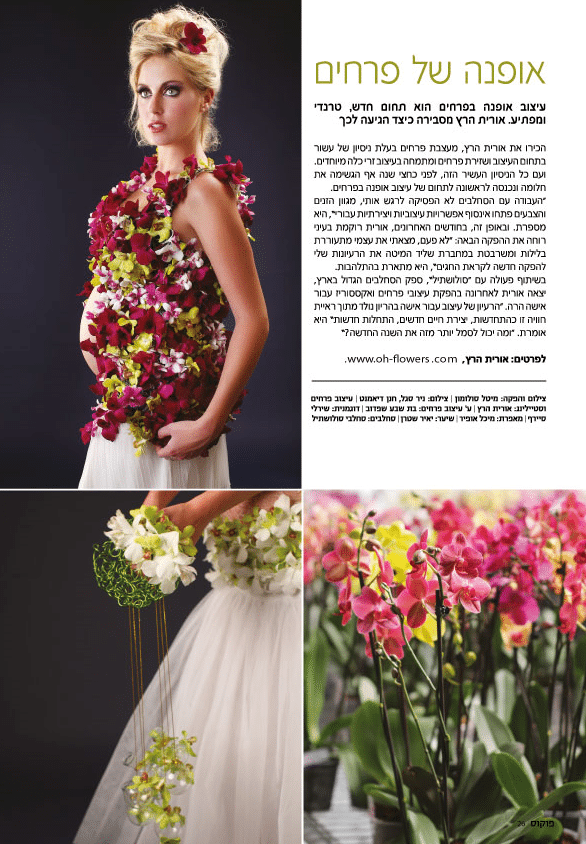 DIY production for the Shavuot Holiday. Following is the link where you can learn how to make a unique centerpiece in style with the holiday step-by-step.  To view the link click here

Amazing DIY for an arrangement incorporating flowers and fruit. A great way to decorate and have a nibble. Perfect idea for summer entertaining.  To view the link click here